This is a weekly linkup with Emmy Mom where you list 5 facts and 5 pics from your week.  It's a fun and easy way to end your week!

1.  So I attempted oil pulling this week.  By attempted I mean I tried it once and managed the full 20 minutes.  It wasn't too bad and my teeth felt really really clean afterwards.  I figured I'd do it again since I've heard people have had good results with whiter teeth.  Next morning I put the spoonful of oil in my mouth and my body immediately went "Nope!" and I spat it out.  So I'm thinking oil pulling isn't for me.

2.  I bought plants!  It's been too cold to get any seeds stared so I ended up buying plants this past weekend.  Can't wait to get them in the ground!  I got bell peppers, tomatoes and a variety of herbs.  I was thrilled to discover my oregano had actually survived the winter so I won't need to restart it.  In a few weeks I'll add some squash and cucumbers.  Can't wait to be eating fresh tomatoes again!

3.  Tomorrow the Tornado's school is doing a pirate themed Easter egg hunt.  He's beside himself with excitement.  We found some pirate themed stuff for him to wear and he wants to go TODAY right now.  It's taking some explaining as to why we can't.  While he has a pretty decent grasp on the whole religious concept of Easter we've also had to do some explaining regarding the Easter bunny.  I think he was expecting another Santa so we've had to tone that back a bit too.  The other problem is he keeps asking questions that I don't have any answers too.  The others would accept an answer of "Magic" as how the whole Easter bunny/Santa work but he doesn't.  I don't think we'll have very long with this one.

4.  Yesterday the Tornado and I went to the science museum.  We had a great time but for a few minutes in the under 5 room I was the Mommy on the iPhone (remember that annoying letter that was floating around for awhile).  I started to feel guilty until I realized that he really didn't need me to gaze adoringly at him while he played safely in this little ball pit.  His future teachers probably wouldn't want me to be sitting there gazing adoringly at him either despite that several of my teacher friends reposted that stupid letter.  So I continued checking my email for a few minutes until we left the room and went and played with water currents.  We had a really fun time.  I think next up is either Botanical Gardens or a local museum that has some farm stuff and walking trails.

5. We visited Elinor at college this past weekend and had a good time.  She's gotten a job as a waitress and hasn't been able to come home to get warmer clothes.  We took them to her and then had lunch at this really amazing burger place and walked around campus.  It was a lot of fun and great to see her. The town her college is in is an interesting mix of little town and old money with the addition of newer trendier stores and restaurants thanks to the college. 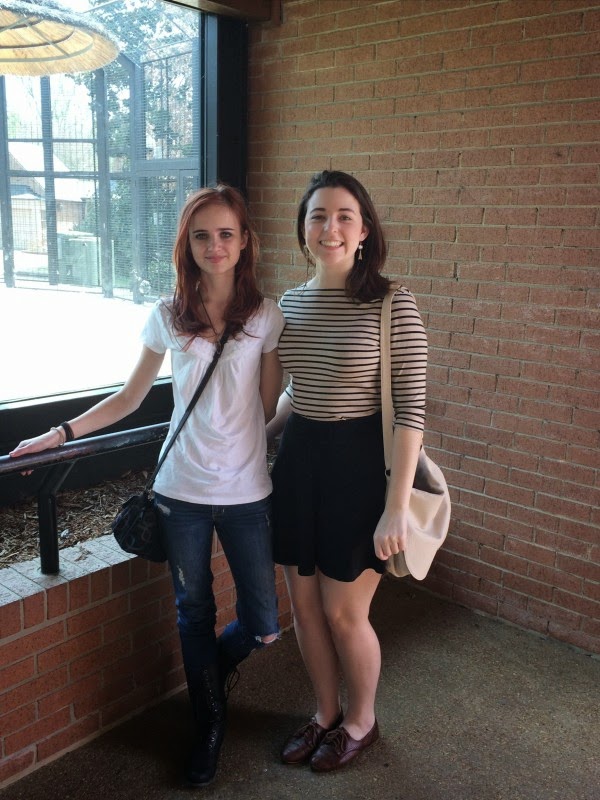 Emma and Elinor during our visit 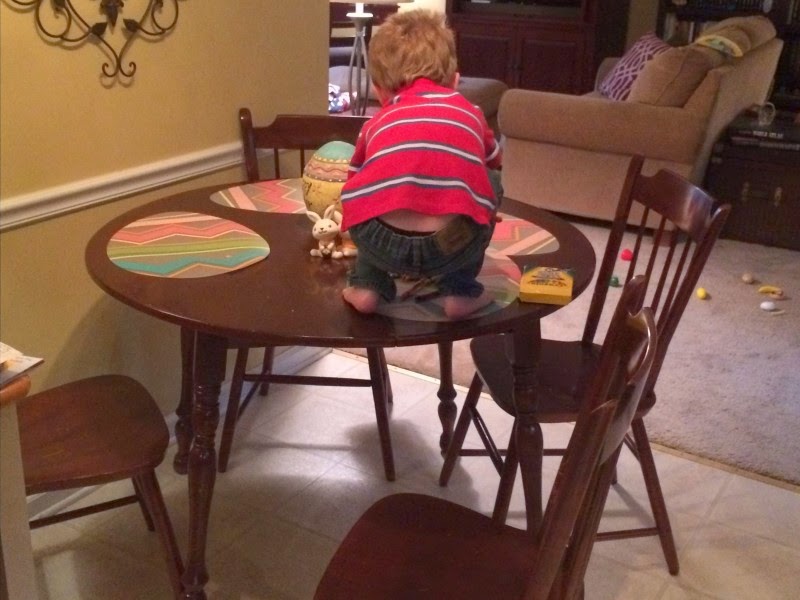 What happens when you leave a 4 year old unattended 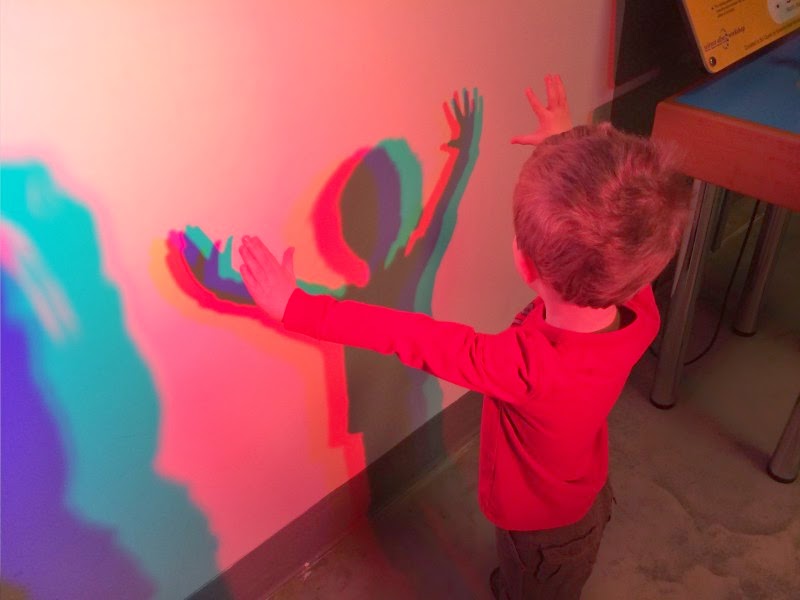 At the science musuem 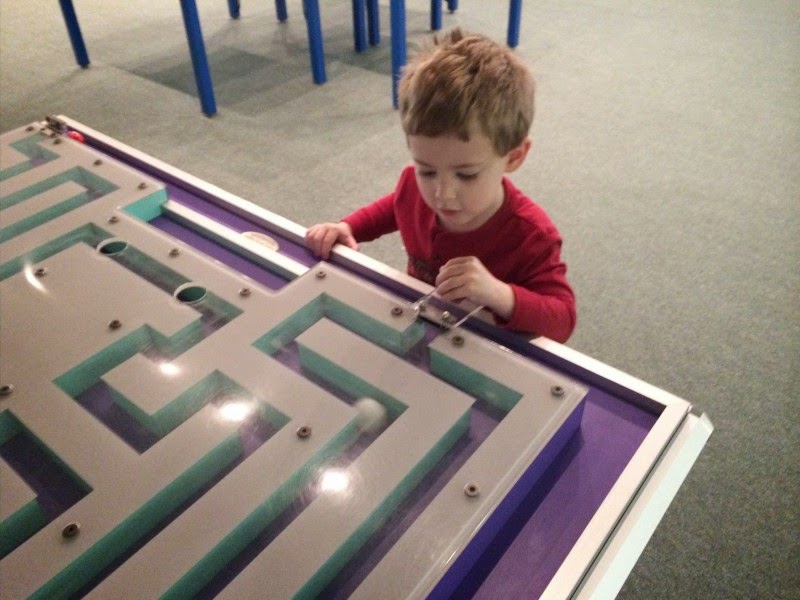 At the science museum 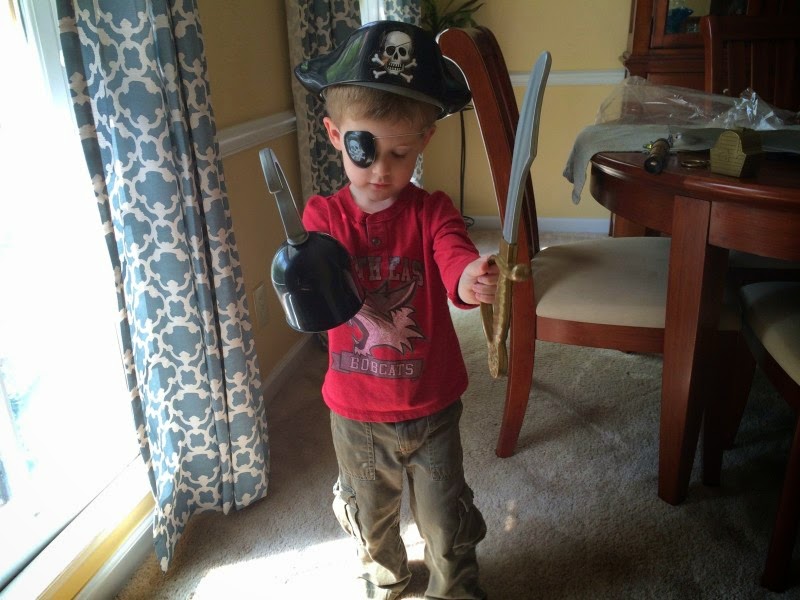 With some of his pirate stuff.
Posted by Katherine P at 5:40 AM